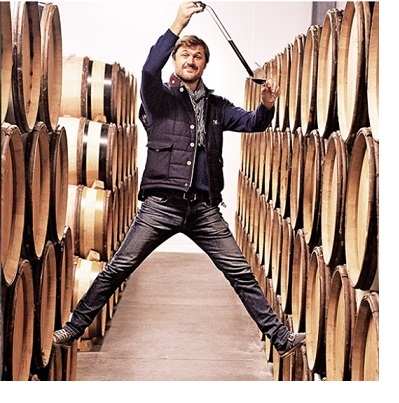 The Ogier family is settled for 7 generations in the small village of Ampuis, the flagship village of Cote Rotie appellation.

In 1983 Michel Ogier started to vinify and bottle his wines instead of taking them to the cooperative cellar.

After studying viticulture and oenology in Beaune, Stephane (the son)...

The Ogier family is settled for 7 generations in the small village of Ampuis, the flagship village of Cote Rotie appellation.

In 1983 Michel Ogier started to vinify and bottle his wines instead of taking them to the cooperative cellar.

After studying viticulture and oenology in Beaune, Stephane (the son) did some practical trainings with the best winemakers in Burgundy and abroad. In 1997 he took over the family estate.

Since then, a dazzling rise has propelled the Domaine Stephane Ogier of Ampuis (not to be confused with a trade of the same name!) among the elite of the northern Rhone, and not only in Cote Rotie. His wines are even compared by some wine reviews with Chave in Hermitage.

Marked by the omnipresence of the terroir in the Burgundy culture, and seduced by the elegance and finesse of pinot noir, the winemaker is convinced that his terroir and his grape varieties (syrah and viognier) deserve the same classification: Grands Crus (Cuvees "Belle Helene" and "Lancement"), Premiers Crus ("Reserve du Domaine"), Villages (Cote Rotie Village, and "L'Âme Sœur" from the Syrahs of Seyssuel) and regional (La Rosine and other IGP).

As with all the great winemakers, the wine is first made in the vineyard with a precise work of its soil, sometimes plowed to the horse. But the best practices are also  held in the cellar, and adapted to each terroir (partial destemming in particular). 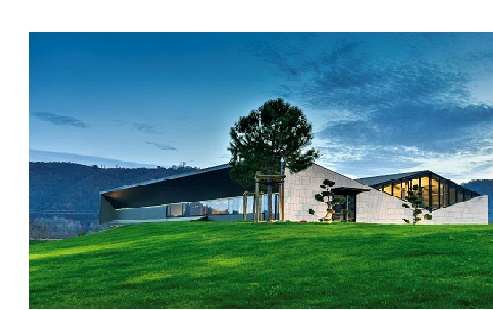 Today the estate produces about fifteen different cuvees, each rarer than the other. The wines are much appreciated by the Wine Advocate (Robert Parker Review), which gave good scores and raised international awareness. The estate has been renamed "Domaine Stephane Ogier" since the construction of a new cellar in 2015 to match the ambitions of the winemaker. It is a new era that begins, perhaps the most difficult: after elevating as superstar, expectations are huge to maintain such a reputation at the highest level!

Why should you buy Stephane Ogier wines ?

Robert Parker's Wine Advocate (Jeb Dunnuck, déc. 2014). I had a fantastic visit with the Ogier family and this estate, now firmly under the helm of Michel's son, Stéphane Ogier, is crafting some of the most spectacular wines in the appellation. As I mentioned last year, they have new plantings coming on line, and in a move to clearly delineate quality, they've introduced three new cuvees in Côte Rôtie (five in total) and have moved the line toward a more Burgundian model of Village, Premier Cru and Grand Cru wines. The Côte Rôtie lineup now includes the Le Village, Reserve, Lancement, Belle Hélène and Côte Blonde. The Le Village incorporates some Viognier and comes both from younger vines and lesser terroirs located near the upper plateau. It's made to be an earlier drinking, yet classic Côte Rôtie, and it succeeds beautifully. The Reserve bottling is geared to play in the Premier Cru range. It too sees some Viognier, but is noticeably more concentrated and structured. The Lancement, Belle Hélène and Côte Blonde all play in the Grand Cru range. The new Côte Blonde cuvee comes from vines bordering Guigal's La Mouline parcel, which is just now coming on line. All of these cuvees are distinct, yet still show the house focus on freshness, purity and length. In fact, while Stéphane is always one of the last to harvest, his wines nevertheless always have a beautiful freshness and purity about them. They're never heavy, and dare I say, almost have a Burgundian feel to their acidity and fine tannin structure.
In addition to the Côte Rôties, Stéphane is also investing heavily in the steep, schist soils around the town of Vienne, in the region of Seyssuel. This will be a new AOC in the near future, and Ogier's Syrah l'Ame Soeur is more than fine example of what's possible here.
There's lots going on at this estate, and amid all of the new vineyard developments, they're also completing construction on a massive new cellar located on the western edge of Ampuis. These are exciting times, and without a doubt, the best is yet to come from this young Côte Rôtie rock star!

A video of Stephane Ogier (in French).

If you have 10 minutes and want to know more about Stephane Ogier? Watch this video (in French) to understand better how passionnate this winemaker is.


See our selection of fine wines by Stephane Ogier :

Shorten
Read more
There are 24 products.