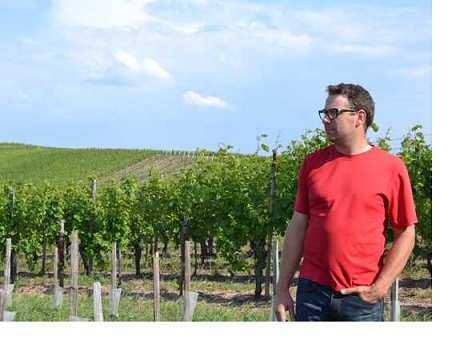 It is Jean-Marc Boxler who has initiated the immense renown of the family vineyard located in Niedermorschwihr, thanks to an uncommon quality requirement, and hard work. Jean Boxler, his son, has been successfully taking over in recent years, and he has stepped up efforts to maintain (elevate?) his vineyard to meet the requirements of the best s...

It is Jean-Marc Boxler who has initiated the immense renown of the family vineyard located in Niedermorschwihr, thanks to an uncommon quality requirement, and hard work. Jean Boxler, his son, has been successfully taking over in recent years, and he has stepped up efforts to maintain (elevate?) his vineyard to meet the requirements of the best specialists of Grands Crus Alsaciens.

The Boxler vineyard has almost 14 hectares of vines, almost entirely planted with white grape varieties: gewurztraminer, Riesling and pinot gris, often on steep hillsides, almost half of which are classified as Grand Cru Sommerberg and, to a lesser extent, Grand Cru Brand. Separate selections (for simplicity, named with the first letter of the single vineyard concerned: E like Eckberg, D like Dudenstein, and W like Wiptal) allow Jean Boxler to show the extent of his talent, making the specificities of his terroirs first of all. Wines which, like all the best, are as attractive in their youth as after a few years of patience (which we highly recommend to appreciate all the subtleties!). Great art.


On the Grands Crus Brand and Sommerberg, Jean Boxler does not count his hours to elaborate with an impressive meticulousness dry wines very precise and subtle, with in common a freshness and a minerality out of the ordinary, old vines oblige. The symbol of this cult of precision: It separately vinifies its different single vineyards of Sommerberg to isolate the nuances of the terroirs, differentiated in the name of the wine by the first letter of each single vineyard concerned.

The Grand Cru Brand (literally "Fire" or "burnt") is one of the hottest and warmest in Alsace because it is exposed to the south / south-east and benefits from the drying winds of the Munster valley. The soil is a poor granite (called "de Turckheim"), where the decomposition of black mica creates these "magic" arenas that fix minerals and give all their salinity to wines made from old Riesling vines; Those whose roots have had plenty of time to dive deep enough to make up for the surface drought.

The 2012 are extremely pure, all in finesse, already aromatic, especially with floral notes; At the same time they have a great aging capacity, thanks to a high tartaric acidity and a low malic acidity: the Riesling + Brand alchemy plays wonderfully, the local heat allowing to "burn" this malic sometimes disturbing: Thus the Riesling, though late and capricious when it is cold, expresses itself magnificently.

The Grand Cru Sommerberg (literally "hill of the summer"), is located on a very steep hill (up to 45 °). Heroic to cultivate, this place is oriented due south and the vines are aged 60 years on average, with yields of 30 hl / ha (against 50 to 60 allowed!).

The 2012 is perhaps more intense, with characteristics a little more "citrus" than the Brand, while benefiting from the same major advantage: the minerality so dear to Jean Boxler, who realized wines of a freshness and Of an extraordinary vivacity, which it will be necessary to wait a few years to let immense complexity emerge.


Robert Parker's Wine Advocate : Jean Boxler emphasizes the contrast between one of the earliest and hastiest harvest ever at his family’s estate – “just three days after I finished bottling the 2005s, and then every day, including Sunday” – in order to salvage clean fruit in 2006; and the protracted harvest of 2007. “In fact,” he explains, “I started in 2006 with the intention of harvesting grapes for cremant, but they were already too ripe.” Thanks to meticulous vineyard practices and early picking, a surprisingly consistent and satisfying collection resulted. “Half the fruit was already on the ground,” he observes, by the time he could pick his best sites. Boxler’s crew knows the difference between good and bad botrytis, he assured me, yet even so, each carried a second bucket into which to drop any fruit about which uncertainty remained, and those lots were subjected to test pressings and severe scrutiny, generally ending up discarded. Boxler’s best 2007s are predictably finer, more structured, and more refined, although the vintage’s superiority is only obvious when it comes to single-vineyard bottlings. “I could live with a vintage like it every year,” he quips. When asked about his aspirations and his role in upholding the reputation of his family’s extraordinary estate, Jean Boxler says he does not want to get any bigger so as to keep complete control, and adds that he doesn’t have a single day free from his vineyards and cellar to go out and sell wine anywhere, so Americans should please not feel offended that he hasn’t – save for a brief, youthful stage in Oregon – ever visited them!

Shorten
Read more
There are 22 products.