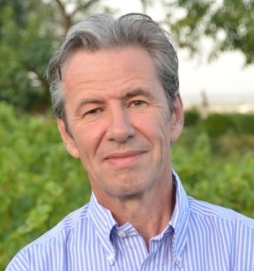 The vines have existed since 1507, and Guillaume d'Angerville has been in charge of the vineyard since 2003, succeeding his father Jacques, who in 1952 succeeded his own (Sem). A family story!

The vines have existed since 1507, and Guillaume d'Angerville has been in charge of the vineyard since 2003, succeeding his father Jacques, who in 1952 succeeded his own (Sem). A family story!

Rated 4 out of 5 possible by the Guide Bettane and Desseauve 2017, and 2 stars of the 3 possible by the Guide RVF of the Best Wines of France 2016 with a complimentary comment: "For several decades already, wines produced here in a very pure style and close to the terroir have imposed themselves as absolute references of Burgundy in general and Volnay in particular. They age admirably and possess a refinement that should be inspired by many producers.Vineyard is superbly kept, vinifications avoid any effect of style."

The vineyard covers 15 hectares, 11 of which are in Volnay 1er Cru, and 1 in Meursault 1er cru Santenots. All the vines have been converted to bio-dynamics since 2006, following the arrival of the manager, François Duvivier, in 2005. The latter benefited from the knowledge of each corner of the estate of Renaud de Villette, an agronomist who had already worked for 15 years with Jacques d'Angerville.

The viticulture methods used are all meant to respect the terroir in its entirety, one of the basic concepts of bio-dynamics. It is to the plow that the soil is worked, and naturally without the least chemical weedkiller. Another example: When an older vine is to be replaced, a rest period of three years is also granted to the soil to promote natural diversity. Everywhere, the micro-fauna and flora is favored by the measured addition of organic compost.

Rather than harvesting green or thinning, the vineyard prefers to use vine plants selected generation after generation for their low yield, favoring of course a particularly high average age. The two previous generations carefully selected the best vine plants, making them one of the foundations of their family culture. This long trans-generational work has since been recognized by all, since a strain of Pinot Noir very specific, very fine and with particularly low yields, is now named "Pinot d'Angerville"

For vinification, the most rigorous methods are applied with care: The harvest is manual and in boxes, carefully sorted, with total destemming and delicate vatting to preserve the berries. Brief pre-fermentation cold maceration followed by a natural start of fermentation with native yeasts. The vatting is about 15 days under controlled temperature for a gentle extraction, then delicate pressing and casted by gravity. The new barrels are, according to the vintages, about 20% and the rearing time varies from 15 to 18 months (the malo-lactic fermentation is carried out in barrels). Gluing and filtration are carried out only if necessary, and the bottling date is established according to the lunar cycles, faithfully following the principles of bio-dynamics.

Shorten
Read more
There are 9 products.